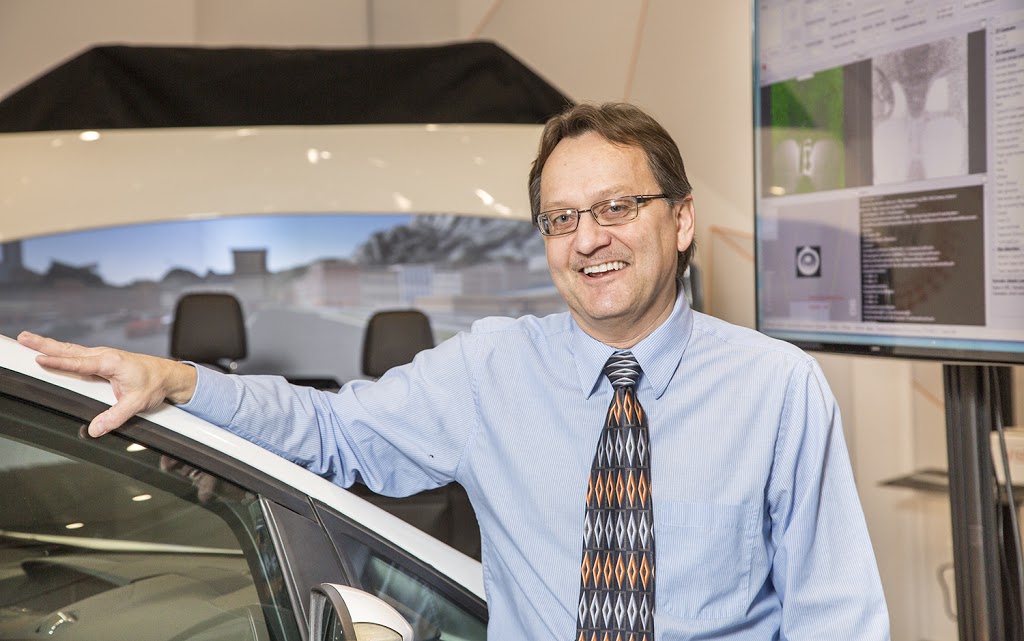 As Visteon has sought to encourage college students to major in science, technology, engineering and math—or STEM—something unexpected has happened. We’ve encountered a refreshing energy, dedication and professionalism among high school students in STEM programs, an eagerness that is redefining traditional business mentoring plans. It’s a discovery that has motivated Visteon to help nurture these brilliant students in new ways over their entire higher-education experience.

We first recognized the real value of STEM mentoring in 2014 while conducting a tour for high schoolers from the Plymouth-Canton Community Schools Educational Park in Michigan. The tour gave us a chance to talk with juniors and seniors from the three high schools in the district. Listening to them discuss their mentoring programs with other businesses, it became clear that mentoring often consisted only of shadowing company employees. One student told me he sat next to an engineer and watched him draw a schematic.

We felt we could and should do much more for these students – a concern that evolved into the Visteon STEM Mentorship Program that we launched with STEM program students from Plymouth-Canton. Employee mentors from Visteon met twice a week with high school juniors who came to our labs and offices on their own time to interact directly with their mentors. Mentors also became involved with a number of seniors, supporting them as they designed and implemented an original vehicle technology solution for their STEM senior project.

Our plan was to help the juniors learn about everything we do as a global supplier of vehicle cockpit electronics – as well as how we do it and the products we make. We exposed them to the whole technology ecosystem, including sales and marketing. They gained professional interviewing experience and participated in market studies. They joined in product demonstrations and real vehicle testing. We even brought them together with engineers from Visteon facilities in Mexico, France and India to learn more about the challenges, opportunities and importance of globalization.

Working closely with these students, we found that many were lacking practical career guidance, unsure of the direction they should pursue in college. Several felt that if they made a decision on a university and major as a high school junior, they would be compelled to stay with those choices. Our mentors, however, acquainted them with engineers who were doing job functions far different from what their degrees would have suggested.

To our pleasant surprise, we saw phenomenal growth in these students. Their involvement and dedication were astonishing, and we witnessed an unbelievable maturing in the ways they changed intellectually and socially, how they interacted with other professionals, and how they carried themselves. Talking with Visteon engineers around the world was a real eye-opener for them. They had never been exposed to a global perspective on their career plans.

The STEM students we mentored gained a lot, and so did Visteon. The mentors were amazed at the enthusiasm and abilities of the students. We all become galvanized by working with them—their energy and curiosity was contagious.

The first year of the program was so successful that Visteon continued it for 2015-2016. We received three times as many applicants compared to our first year. After interviewing each of them, we were amazed that every single applicant was a “wow” candidate, so we expanded the program to accept them all. We assigned mentors to the group, and provided dedicated mentors to support this year’s senior teams on their class projects. Students have interests in the biomedical, chemical and aerospace fields, as well as software, electrical and mechanical engineering.

As important as the Visteon STEM Mentorship Program has been to students, it’s been even more valuable for Visteon. Senior students who participated last year are in universities now and still in contact with us, asking for job and college recommendations, seeking internships and building contacts for the future. We’re cultivating some of the best and brightest STEM students and we’re making efforts to recruit several seniors (now college freshmen) as Visteon interns. Our intent is to work with them while they attend college, offering us six years of experience with them.

The program also helps our community by keeping these young and talented engineers in the Detroit area. We’re educating them to realize that the industry and area offer a lot of opportunities. Businesses across the auto industry should be adopting this hands-on, career-focused type of mentorship program and encouraging more students to get involved in STEM.

As we’ve discovered, encouraging young people to pursue careers in STEM areas can elevate a company’s recruiting efforts, its reputation and ultimately its innovation.

At the end of the school year, STEM students apply what they’ve learned and present their final innovation project to their mentors and company leaders. 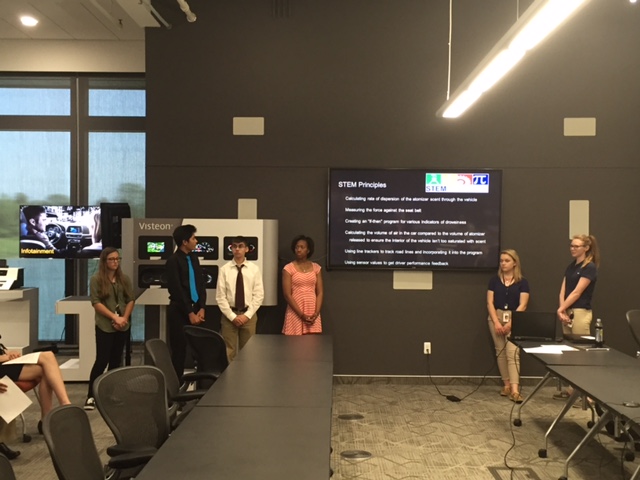 STEM students address the issue of drowsy driving with Project Z –
which uses a variety of techniques to alert drivers. 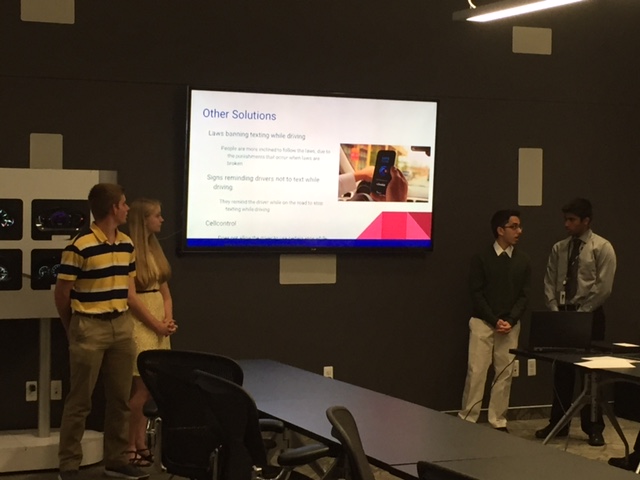 STEM students present Project Rudolph – a system that reads outgoing
SMS signals from a smartphone and initiates vehicle hazard warnings for other drivers. 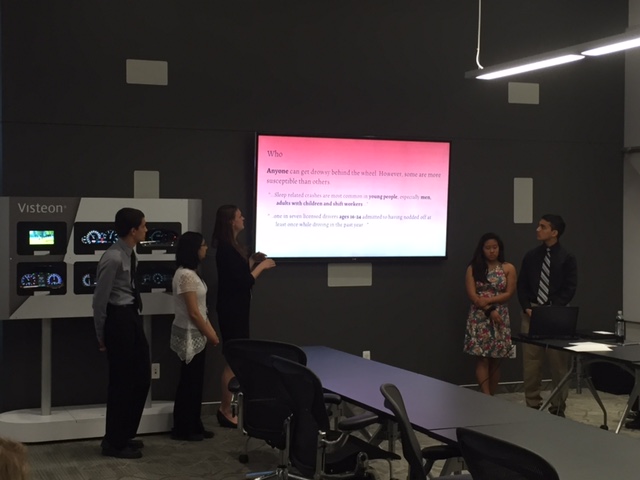 Tom Nagi has been with Visteon for more than 15 years and currently is a product development manager in systems engineering and software validation. Prior to this role, he has held positions in product and platform development at Visteon, and in engineering management with other automotive companies. Tom received a bachelor’s degree in electrical engineering from the University of Michigan-Dearborn.