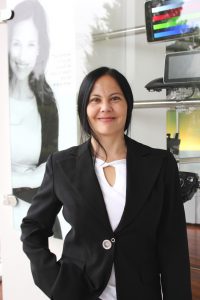 How many times have you taken your seat in a movie theater, ready to watch a long-anticipated 3-D feature, only to discover that the so-called 3-D images don’t leap out to grab you? It turns out that all 3-D is not the same, and automotive engineers working with consumers on 3-D instrument clusters are finding that the same principle applies. Consumers increasingly prefer realistic 3-D effects, not fake-looking 3-D images.

Those preferences registered clearly in a recent advanced product research clinic in Germany piloted by Visteon. Two separate studies were conducted. In the first, consumers compared different fully reconfigurable clusters, with and without 3-D effects, to learn more about their preferences using 2-D and 3-D displays. In the second study, Visteon researchers compared different types of 3-D technologies to collect feedback. In all instances, very similar graphics were displayed on the screens, but they were adapted to take advantage of the capabilities of the various technologies.

Participants in the second study compared three advanced 3-D instrument clusters, viewed from the same distance and angle, in random order. The first demonstration offered high-performance 3-D graphics rendered on a 12.3-inch display with a resolution of 2880 x 1080 pixels. While the quality of this resolution exceeds the state of the art, it is displayed on just a single layer.

The image above is one of the three advanced 3-D instrument clusters tested in the clinic.

The second technology shown was a multilayer cluster, which uses two 12.3-inch displays stacked one behind the other with a distance of 8 mm between them. However, each layer only delivers 1440 x 540 pixels, and content on the back layer can appear slightly blurry because of very thin wires in the front, transparent layer. Yet this second approach enables drivers to visualize depth where appropriate. 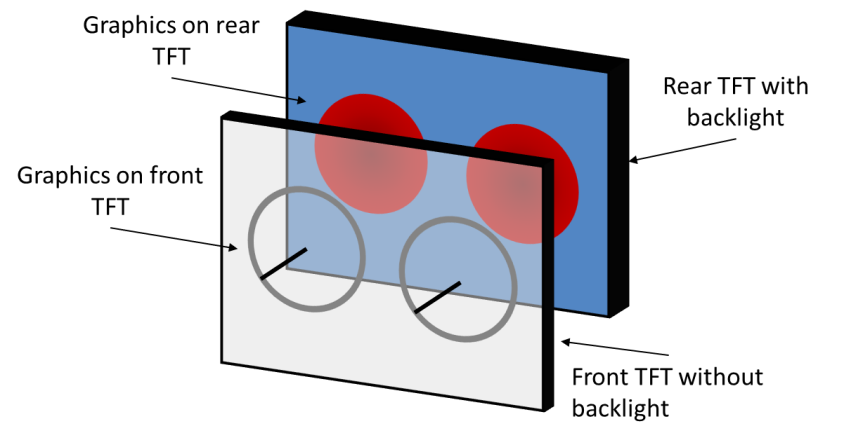 The third technology examined was a Visteon second-generation multilayer cluster, named Prism. This system consists of two reconfigurable displays, one vertical and one horizontal, separated by a flat semi-transparent mirror. The mirror reflects the image of a horizontal TFT (thin-film transistor) display, creating a virtual image that overlays the vertical TFT without creating a blur. This arrangement allows design flexibility of the virtual image so it can appear in the same plane as the vertical TFT, behind it or in front of it.

The image above represents the package overview of the Prism concept

The second-generation multilayer Prism cluster was found to combine the best of both worlds: “real 3-D” effects with clear graphics and quality.

The 3-D effects were higher rated on the instrument clusters with two layers, each of which showed “real depth,” bringing the most important information to the front. The first instrument cluster was considered to have no real depth and was seen as “fake” 3-D, but the high resolution was appreciated.

In the end, participants fell into two groups. One preferred unobtrusive, high-resolution rendering and remained a bit reluctant to embrace 3-D fully. The other group saw the advantages of multilayer instrument clusters by bringing information from the back to the front to raise awareness. Both executions are considered good ways to represent 3-D, and the drawbacks of initial multilayered clusters have largely been overcome with the second-generation technology that combines high resolution and no blurriness with preferred 3-D effects.

For additional details on the clinic and the results, see Visteon’s white paper on Consumer insights on innovative 3-D visualization technologies

Judy Blessing brings 18 years of research experience to her manager position in market and trends research. Her in-depth knowledge of all research methodologies allows her to apply the proper testing and analysis to showcase Visteon´s automotive intellect to external customers and industry affiliates. She holds a German University Diploma degree in marketing/market research from the Fachhochschule Pforzheim, Germany.