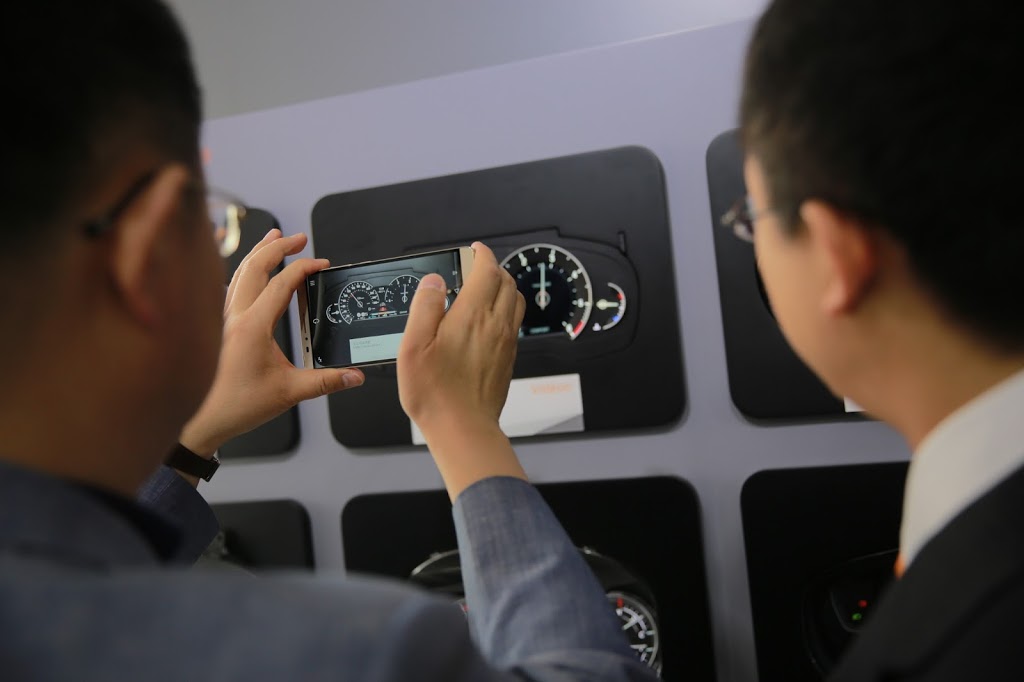 China is a land of great contrasts. It’s the world’s largest agricultural producer but also the world’s largest manufacturing economy. Its population demonstrates remarkable prosperity, alongside those who are struggling economically. A similar range of contrasts became apparent at the recent Beijing Motor Show, a showcase for Chinese domestic manufacturers and global auto companies alike.

China has a heritage of innovation extending back thousands of years, but today its auto industry is not yet as advanced in technology as OEMs in North America or Europe. At its highest level, automotive driving technology in China is still a few years behind the Western world, yet traffic and infrastructure complexity rival global mega cities.

The Beijing show featured many types of screens for instrument clusters, center-stack controls and head-up displays (HUDs). Generally, however, these were flat rectangular screens with 2-D displays, far removed from the curved, lens-adorned, ultra-high-resolution 3-D displays of the high-end vehicles exhibited by U.S. and European automakers. For the Chinese OEMs, lenses, styling and graphics are much less important than large screen sizes. Additionally, low cost is a primary driver for China’s OEMs and consumers.

At the show, many of the vehicle displays were not being powered, so the styling aspects of infotainment functions could not be appreciated. Visteon’s own exhibit, which featured displays with exceptional resolution and graphics, were powered and drew considerable attention from visitors. Customers showed particular interest in our combiner HUDs, a lower-cost solution that displays information on an acrylic mechanized combiner lens that avoids the complex optics required for projecting images beyond the windshield.

Chinese manufacturers were curious about when vehicle-to-vehicle communications technology (V2X) would be on the road. China has massive traffic and congestion and is trying to figure out how to make its infrastructure more efficient. Technology like V2X will help. As demonstrated with other automotive technology, China prefers to follow standards developing in other regions before launching programs to address connected cars.

Visitors to the show saw both high-end and entry-level vehicles from global manufacturers, designed to appeal to China’s contrasting mass marketplace and wealthy luxury buyers who often ride in chauffeured vehicles. The latter segment buys lots of large and luxury vehicles. Often there are customizations for the driver and for the luxury passenger in the rear seat.

One unique market segment for the auto show stemming from this ultra-high-end market was the prolific display of personal military defense-grade vehicles that are available commercially. An armored truck with bulletproof glass and re-inflating tires was typical of this category.

Another unique segment is the ultra-conversion vans – the homey antithesis of the threatening military-style monsters. The vans, sold as mini-RVs or massive limos, were equipped with big cushy couches, TV sets and wet bars. These vans are being built by a number of domestic and global suppliers.

The China automotive market for hybrid electric and conventional cars is still growing by double digits as the number of joint ventures between domestic and global OEMs swells. It presents an extremely complex picture, one ultimately focused on both low cost and interest in technology. The Chinese market is so large, however, that it offers room for everyone, with a consumer base that fills the gamut of offerings from domestic, North American and European automakers.