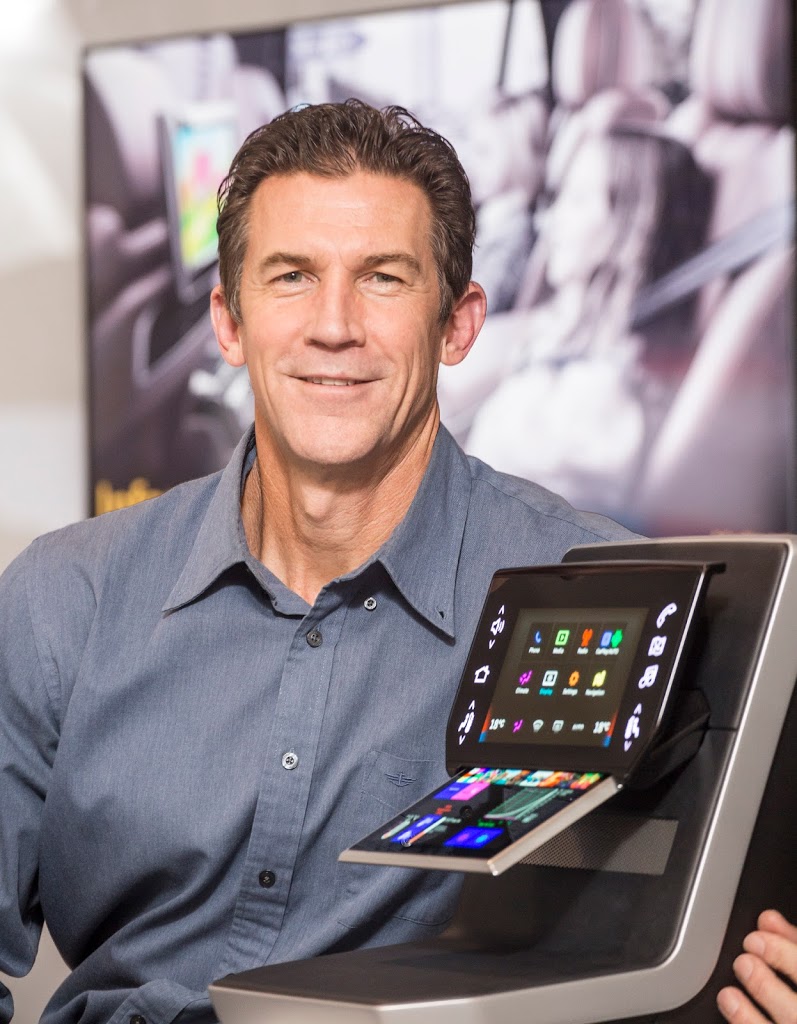 Where would you look for the coolest innovations in display screens? Your laptop or fitness bracelet? Probably not. Your new smartphone? Maybe. What about your car’s instrument panel? You may be surprised to find that the latest screens on your dashboard are among the most exciting and versatile displays anywhere.

Advancements in OLED (organic light-emitting diode) technology, high-resolution imaging and clever peripherals that integrate filters, touch controls and haptic feedback are revolutionizing in-vehicle information display screens, not only for drivers but for passengers up front and in the back seat as well.

Perhaps the cleverest of these developments is a dual view display—which ultimately can become a triple view display. It allows the driver, the front seat passenger and a passenger in the center of the second row to each see a different image or video, all on the same screen. This multi-view display appears on a screen with a horizontal resolution of 2,880 pixels, which is more than twice that of HD. Dual view provides a horizontal resolution of 1,440 pixels for each viewer, or 960 pixels for each of three viewers. With a high-tech louver system in front of the display, smart electronics send every second pixel (or every third pixel for triple view) to the driver and passenger. The driver may see only a navigation screen while the front passenger watches a movie and the rear passenger (for example, in a taxi) sees a video advertisement. Images and/or video from multiple sources are fed into the electronics, which unweave and reweave the images to display them via the appropriate set of pixels.

Another bright idea is the dual OLED display, which uses two 7-inch OLED screens — a main display and another that slides out when needed. One screen could be dedicated to the navigation system while the other screen shows Apple CarPlay controls. An important benefit of having two screens is the ability to display controls that otherwise would be buried in menus. With dual display, these virtual buttons are easy to find and reach.

A further cutting-edge technology is the curved lens. A conventional thin-film transistor (TFT) display — the type commonly used in flat-screen TVs, computers and mobile phones — is optically bonded to a curved lens, creating a combination that pops the image to the surface of the lens. It’s coupled with a fast-response touch capability for optimal user satisfaction.

Still one more illustration is the multilayer display cluster concept that replaces conventional dashboard gauges with 3-D virtual images. Two transparent TFT displays placed about 10 millimeters apart, along with polarizers and advanced graphics, cause the 3-D gauges to look real from any angle.

All of these technologies benefit from autoluminous control, a system that combines inputs from an exterior light sensor pointing out the front windshield with two sensors on the display that read interior light levels and automatically adjust the display’s intensity so it is easily visible.

In addition to transforming instrument-panel styling, these bright, smart displays can make driving safer. A dim display, or one with low resolution, requires drivers to spend more time focusing their eyes on the screen instead of on the road. Dual displays show all controls, rather than burying them in menus, providing drivers with needed information faster, and allowing them to return their attention to the road sooner.

Many of these innovations are currently available. Dual view display, for example, can be seen on the Land Rover Evoque. The once formidable cost of OLED displays is declining as production ramps up for OLED smartphone screens. Similarly, high-resolution TFT screens are becoming much more affordable, with the average screen size expected to grow from 7 inches today to 9 inches within two years. Some displays are even being produced in a free-form configuration that can be integrated into center consoles and other units.

So next time you’re looking for what’s hot and what’s cool, turn to your vehicle’s electronics — it’s the future on wheels.

Doug Pfau is a technical sales manager at Visteon with 26 years of experience. He is responsible for developing customer-specific technology demonstration properties and quoting new designs. Doug leads teams in the area of displays, remote inputs devices and audio head units. During his automotive career, he has worked in product engineering, mechanical CAD, project management, advanced development and technical sales at Visteon and Ford Motor Company.